We would like to offer our sincere support to anyone coping with grief. Enter your email below for our complimentary daily grief messages. Messages run for up to one year and you can stop at any time. Your email will not be used for any other purpose.

Share a memory
Obituary & Services
Tribute Wall
Read more about the life story of William and share your memory.

A native of Washington County, he was born on December 12, 1929 to the late Thomas Richard and Mary Dee Newton Parrott.

He was a member of the St. Dominic Catholic Church, a 1949 graduate of Mackville High School, he was serving in the Springfield National Guard Unit when they were called to active duty during the Korean War, was a retired employee of the Springfield Water Company and was a retired salesman for Keith Monument Company.

On October 3, 1959 he was united in marriage to Theresa Noe, by whom he is survived. Also surviving are his three daughters, Lydia Hamilton (Dennis), Beverly Spaulding (Bill) and Cathy Wheatley (Steve) all of Springfield; three sons, Spencer Parrott (Dianne) of Lexington, Jimmy Parrott (Laura) of Brentwood, TN and David Parrott (Jennifer) of Louisville; seventeen grandchildren and five great grandchildren.

A Mass of Christian Burial will be held at 11:00 a.m., Monday, January 16th at the St. Dominic Catholic Church with Rev. David Ferrell and Rev. Culpepper Elliott, officiating.

Burial will be in the St. Dominic-Holy Rosary Cemetery where military rites will be conducted by the Marion County Veterans Honor Guard.

Visitation will be from 9:00 until 11:00 Monday morning at the church,

Contributions may be made to St. Dominic Church or Hosparus of Green River.

Carey & Son Funeral Home is in charge of arrangements.

To send flowers to the family or plant a tree in memory of William Spencer “Billy” Parrott, please visit our floral store. 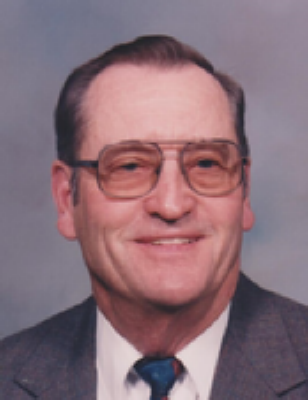 In Loving Memory Of

Look inside to read what others
have shared
Family and friends are coming together online to create a special keepsake. Every memory left on the online obituary will be automatically included in the book.

In Loving Memory Of

Look inside to read what others have shared


Family and friends are coming together online to create a special keepsake. Every memory left on the online obituary will be automatically included in the book.

Contributions may be made at Carey & Son Funeral Home or by clicking the link above...Thank you.

Contributions in lieu of flowers will be accepted at Carey & Son Funeral Home or at the address above...Thank you.